A Story of Survival, Faith and Humanity 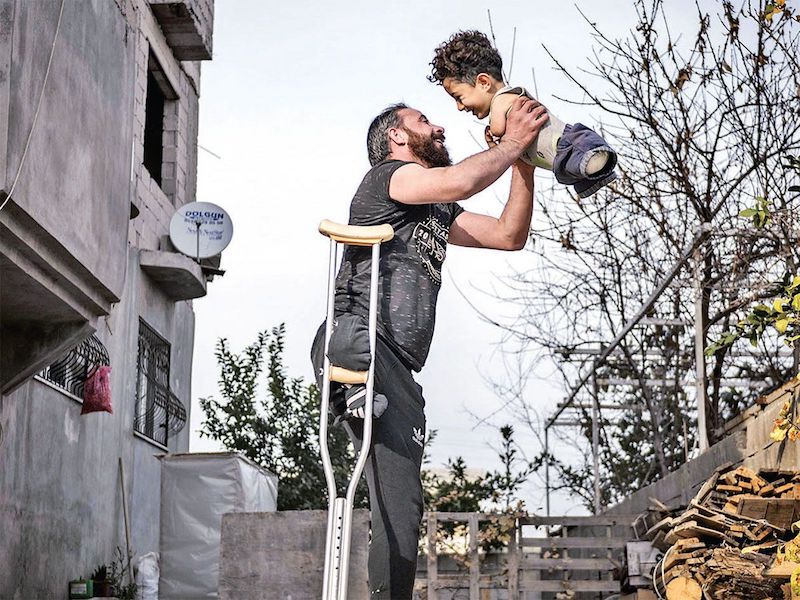 Syria, a country that has been immersed in a civil war for more than a decade. It is unlikely, if not unimaginable, that in these delicate times in which Syrian society, and the whole world in general, finds itself, we could come across a story like the one we are going to tell today. A story starring Munzir al-Nazzal and his son Mustafa that undoubtedly brightens the day and shows that there is always a glimmer of hope, even at times when it seems that all is lost.

It was in 2014 that misfortune began to stalk Munzir al-Nazzal’s family, and he himself became a victim of one of the many bombs that were constantly exploding in the country. As a result of a bomb in Idlib (Syria) while walking through a bazaar in the area, he lost his right leg. But this is not where his suffering ends. Three years later, on 4 April 2017, his wife Zeynep was caught up in a sarin gas attack in the north-western Syrian town of Khan Shaykhun, an attack that claimed 89 lives.

As if being the victim of a gas attack was not enough, Zeynep was pregnant, and she had to be given medication that would directly affect the baby’s development and cause him to be born without arms and legs. For this reason, Mustafa (the baby) would suffer from a congenital disorder, also known as tetraamelia syndrome.

Unfortunately, they were not the only ones affected, as Zeynep’s statement in an interview with The Guardian reports: “Because of the war, there are thousands of people who have lost their legs and arms, like my husband. And in my town there were four pregnant women, victims of the sarin gas attack in Khan Shaykhun, whose children were born with the same malformation as Mustafa”.

Mustafa’s quality of life can only be improved by the implantation of special prostheses that are not available in Turkey. Fortunately, however, Italian paediatricians, specialists and surgeons, who have been visiting the family since they arrived in the Mediterranean country, are already working to design the artificial limbs needed to achieve their main objective, which is to give Mustafa a better quality of life.

There is no profit motive in the specialists’ actions, since it can be affirmed that their sole purpose is to collaborate in trying to give back to Mustafa the life and childhood that the war took away from him. Such is the commitment to help that even the “Contrade” of Siena, the 17 districts of the city that compete in the famous biannual 90-second horse race around the Piazza del Campo, have offered their financial support to the family.

In order to bring the family to the Mediterranean country, the Italian authorities collaborated with the UN refugee agency, the Turkish authorities and Caritas, which is providing food and a home for the Syrian family in a small village near Siena. In the end, the Catholic church negotiated passage for Mustafa and his family through Turkey, thanks to a humanitarian corridor that allows legal passage through the countries. Such a corridor is perhaps one of the most effective models for preventing the death and suffering of asylum seekers, but unfortunately European countries make little use of it.

All that has been achieved so far was thanks to a photo taken by photographer Mehmet Aslan of Munzir and Mustafa while they were playing in the street. Munzir told the British newspaper: “I hardly noticed. I was doing what I do every day, playing with Mustafa”. The photo prompted Italian organisations to act. A couple of years later, they are adjusting to life in Tuscany.

It was an image that was shared around the world and last October it was named photo of the year at the international photography awards in Siena, prompting action for the family (who also have two other children), who at the time were languishing in a refugee camp in Turkey. Thanks to this photo, more than 120,000 euros in donations were raised to help the family with the treatment of little Mustafa.

For us, they are not only survivors, but also heroes who show others that everything is possible and that “the calm comes after the storm”. 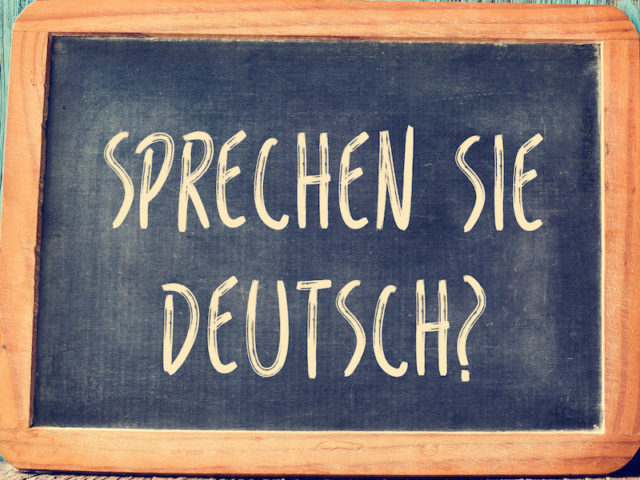 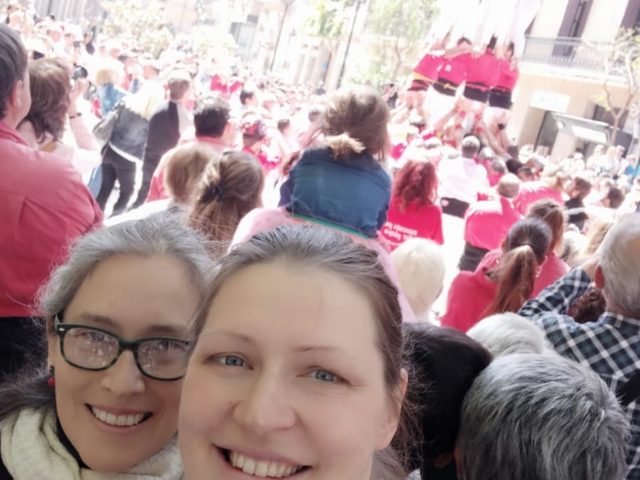 At Conexión Creando Puentes, we are collaborating with Ukrainians in Barcelona (Spain). For this... 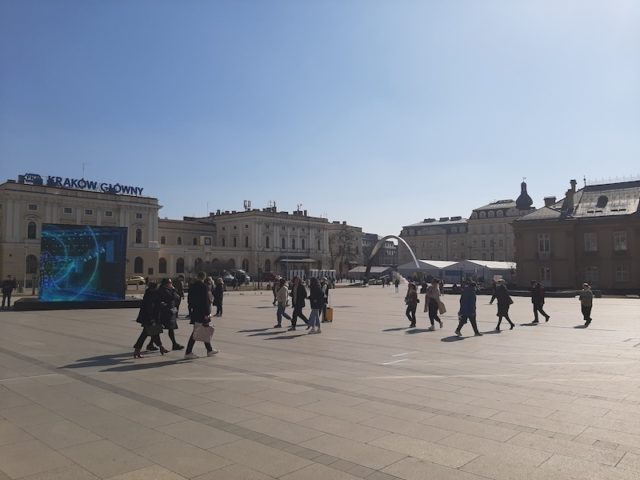 About a week ago Andrea, one of our representatives, was sent to Poland to learn first-hand about...